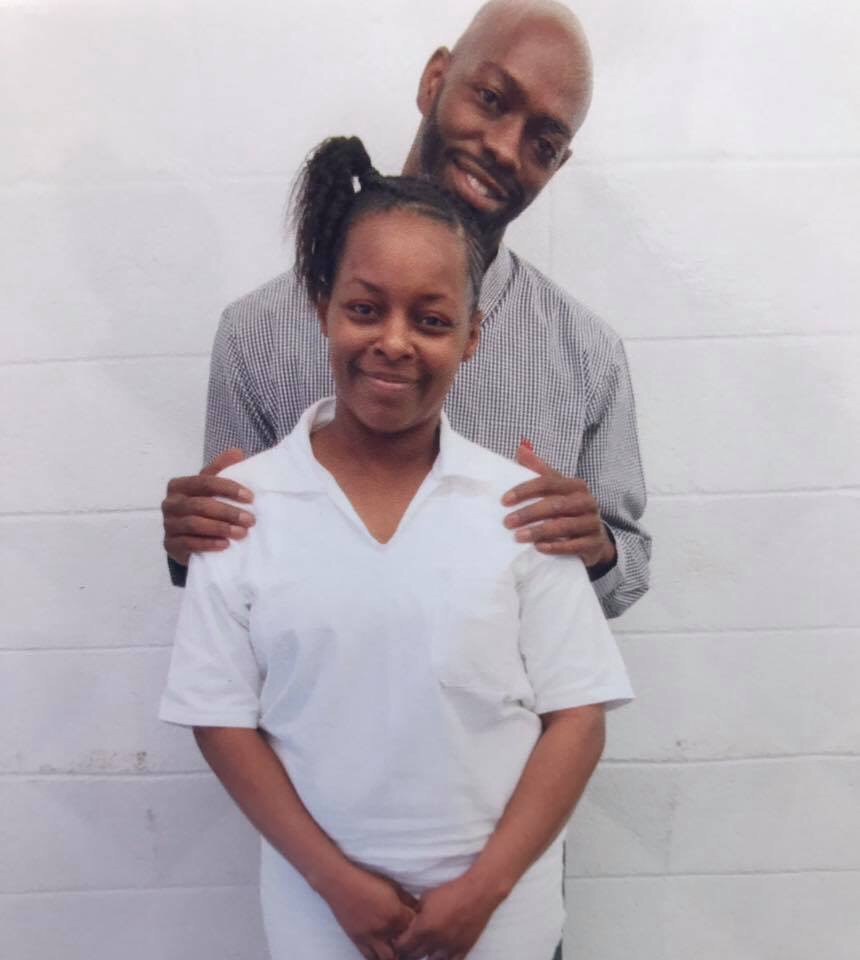 I’m always a little surprised by others assumptions. “What do you mean Wendy?” Well, a call this morning from a reporter interested in statistics and unconcerned about my schedule (as usual) wanted to disrupt my morning of calling to confirm dates at Units with what “he needed.”

Let’s review how contacting me at your convenience affects me. First, unless you are a client, you aren’t my priority. Your luggage is your trip. Get in line. Email or tell me what you need and I will get back to you at MY CONVENIENCE.

A few months ago something so preposterous occurred that for those of you who might have missed it, I will revisit this shocking and rampant escapade with a “producer” who contacted me via my Instagram page (@wendywortham) via messages.

Stay tuned for one of the most fabricated and misleading wastes of my time and patience that I have ever encountered with anyone in the entertainment industry and WHY I’m so bitchy about people contacting me to do their job for them….

In March, 2019, Chris contacted me regarding seeking women for a prison based show. This isn’t unusual. In fact, people seeking prison love stories contact me with alarming regularity and always at “their convenience.”

Since I’m well aware that a production companies job is “to find and secure the talent,” I am wary of anyone contacting me to do their job for them and advised Chris of this. In fact, I flat out told him to “send me a contract.” Chris probably assumed that I was unfamiliar with contracts but I’m not.

Chris had emailed me an unsigned contract giving me whatever I asked for without terms pertaining to compensation OR HIS SIGNATURE. That’s right ya all. Chris was a player and thought he would play me. Sitting at his desk while having me perform the work of an unpaid talent scout or and this is ironic…a production company assistant in a volunteer capacity. Humph.

I am a very busy person and intolerant of smoke and mirrors. I don’t like liars or con artists either.

Over the course of about a week, Chris consistently “skirted” direct questions from me regarding signing that contract. I was juggling 9 clients during that week since it was March AND wedding season with more demanding phone calls, text and emails  from Chris who wanted and expected me to drop what I was doing and accommodate his needs for me to scour my clients and find “attractive women” then provide him with their information. By the way, all of my clients are attractive.

NOW you are catching on to why I have such “an attitude” about people contacting me to do their job and especially people contacting me who think or believe that sending me a phony contract AKA carrot to chase their stick in order to bamboozle me to do their job for them will never result in what they expected to happen. Go find someone green enough to fall for your song and dance but don’t assume that someone is me.

After a week of Chris and his crazy demands from Southern California as well as that phony contract, I blew him off and out of my life. What a colossal waste of time that was.

I posted a blog warning my clients not to waste their time with Chris. Subsequently, Chris also threatened to sue me for defamation which I found hilarious BECAUSE Chris had failed to realize that I could easily document everything due to first the phony and unsigned contract. Second the emails. Third the text messages and fourth the direct messages on Instagram.

Defamation and libel lawsuits have idiots unaware of what such suits involve running around screaming lawsuit. Here’s a heads up for ya all, truth is an absolute defense in a court of law. Phony contracts are also fraudulent too. If you are going to send me a phony contract, lie to me them scream lawsuit because I published the facts, you will also have me laughing my a$$ off at your ignorance. Chris did. Don’t threaten to sue someone when you have no idea of the legal process involved and especially when you are at fault. A guilty dog barks first. Barks lawsuit that is. I document everything. I’m also not stupid enough to fabricate anything unlike Chris.

Sue me for stating the facts? Warning my Prison clients within the US that every person “telling them that they are casting a prison based show” might very well be fabricating the facts?

Don’t be Chris. Truth is an absolute defense in law. Countersuits for malicious prosecution are real and expensive. It’s now been seven months and after a promise to hear from his attorneys, I have yet to receive anything regarding a threat of a lawsuit from either Chris or his attorney although I have carefully prepared and documented exhibits of the evidence in order to prepare for a countersuit in the event Chris follows through with his threat. I don’t bring a knife to a gunfight and my time is at a bill rate. The entire week I spent dealing with Chris COULD have been spent working and earning. My time isn’t free. Also, simply because I live in Texas, it’s best for anyone to realize that I’m not a hillbilly dazzled by promises of fame or fortune.

Chris assumed that he could intimidate Chris also underestimated me. I’m not young or dumb. Go blow smoke up someone else’s skirt. If you want me to help you, don’t make up a phony contract to “coerce or entice me” either. Don’t call me and expect me too jump unless you are a client and under contract OR you’ve sent me a valid contract and I have agreed to the terms.

This isn’t my first rodeo kids. Be honest. I’m busy juggling four businesses, a wide and varied client base, working with venues I’m on staff at, volunteering as a hospice clergy and a premarital counselor. I don’t have time for games. No one does. If you want something from me, get in line and when I have time I will answer you. My clients and my family come first.

What most folks fail to realize about me is that I’m not stupid. In fact, I’m highly intelligent and spent years in courtrooms. I’ve also represented myself in federal court and won. “What? Why?” I was on an excused medical leave of absence due to thyroid cancer and fired while on leave. My  former employer had  also canceled my health insurance. While undergoing medical treatment? Yes. Stay tuned…

Subsequently, I sued Chair King. Attorneys for Chair King moved the suit to Federal Court and filed a Motion To Dismiss due to the change of venue. I amended my petition to federal standards. I don’t run around screaming “lawsuit” like Chris.

In fact, if I was forced to sue anyone, I can assure you that there were valid reasons. I also settled with Chair King for $40k a few weeks after successfully amending my petition to federal standards. Hopefully, they don’t fire anyone else on an excused medical leave AND cancel their health insurance.

Fun (and shocking) fact from the Chair King lawsuit, one of their attorneys (the same attorney who tried to get a dismissal by moving the case) also turned me into the Supreme Court UPL Committee. I’ve encountered stupid people before. The attorney believed that by forcing me to defend myself against that frivolous UPL complaint that I would be far too busy, scared and intimidated regarding that erroneous UPL complaint to find the time or highly articulate skill set to successfully amend my pro se lawsuit against Chair King.

Yes, dear readers, I’ve met sneaky attorneys too and I know my rights. If someone files a UPL complaint, you are entitled to a copy of said complaint. Demand it. Frankly, I was as shocked as you are BUT due to the requirement of notifying the respondent, I recognized the attorneys name immediately. I also demanded a copy of the UPL complaint from the Supreme Court and immediately recognized the attorneys name who had filed it. For anyone unaware of the gravity pertaining to a UPL complaint, it’s a felony. It is also a felony to accuse someone of a crime that they have not committed. It is also a breach of attorney conduct. I used that Supreme Court copy of the erroneous complaint “10 ways to Sunday.” Hog tying a rattlesnake ain’t easy but I did.

After successfully defending myself against that unscrupulous UPL complaint filed by Chair Kings Attorney of record, I also filed a copy of the UPL Complaint and the Complaintant right into my Amended federal lawsuit against Chair King.

Not surprisingly, the judge was just shocked regarding that an unfounded UPL complaint by opposing council as I was.

Have you ever noticed that the same people who use sneaky and underhanded tactics to get their way are the very same people who think they are smart? There is a helluva difference between someone smart and someone being a smart ass! I recognize the variation quickly. My life is black or white. I have no grey areas.

People like Chris are the type of people I have no interest in wasting my time talking to. In 2012, I sold Defending Debt Lawsuits LLC. I then created Texas Twins Events. I’m neither gullible or ignorant. People might THINK or even ASSUME that I’m stupid and I let them because it always works to my advantage to do so.

My twin will tell you flat out “Wendy is scary smart” and effectively warn you. Cindy warmed Chris too. Cindy knew that I was documenting everything pertaining to a contract sent to me that no network would agree to. I saw a wolf in the hen house early on. I document everything. People quickly forget their own lies. Chris did.

By the end of the week last March, he had sent an email “promising $1k to me for each booked client that I referred to him.” At the same time, he was contacting my clients by clicking their Instagram name from my photos on my page while feeding me yet another line of BS. I called his hand and advised him “my clients are loyal. They told me you contacting them behind my back AFTER emailing me that BS $1k email and AFTER sending me your phony contract you probably laughed drawing up F off.” I meant it too.

At 16 years old, I signed my first contract to film 5 commercials with Mel Tillis for Whataburger. I’m well aware of the entertainment industry, familiar with production and know a BS story when I hear one.

Cindy and I have filmed numerous televisions shows and our own television pilot. We have also been under contract with numerous production companies. I.E. we know the drill and our worth. Our clients don’t. We inform them. We also protect them from people like Chris willing to lie to get what they want from them.

Don’t believe everything you hear from “someone in the film industry” get a contract. Make sure the person sending it signs it too.

For reporters or production companies follow my pages, I do not post photos of ALL of my clients. Privately owned Units do not allow wedding photos. TDCJ photos are purchased for $3 each. Bridal or Groom photos are a courtesy for all of our booked clients. Inventory is provided by me at no cost to them. Prints are mailed to clients as a wedding gift. 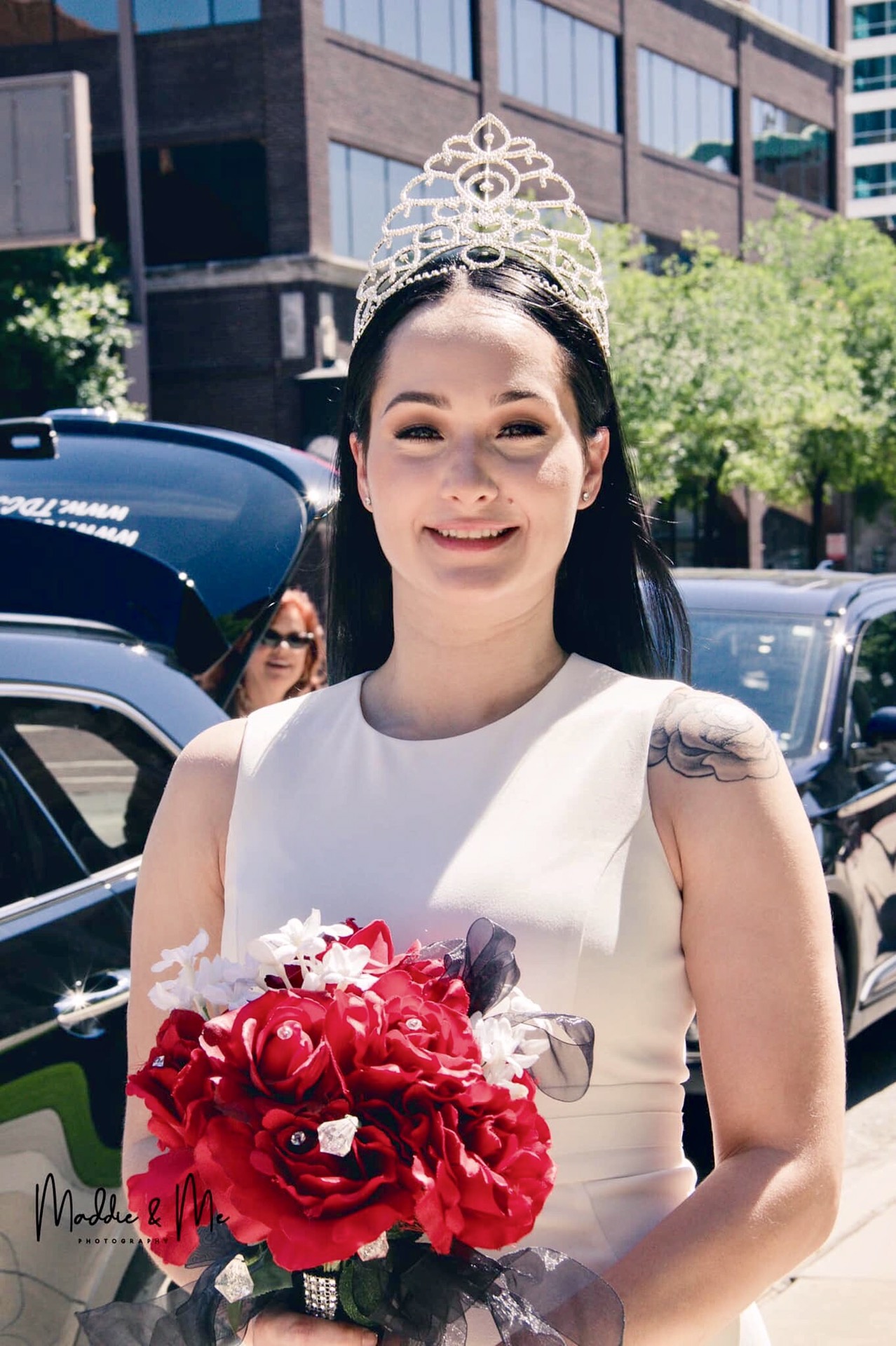 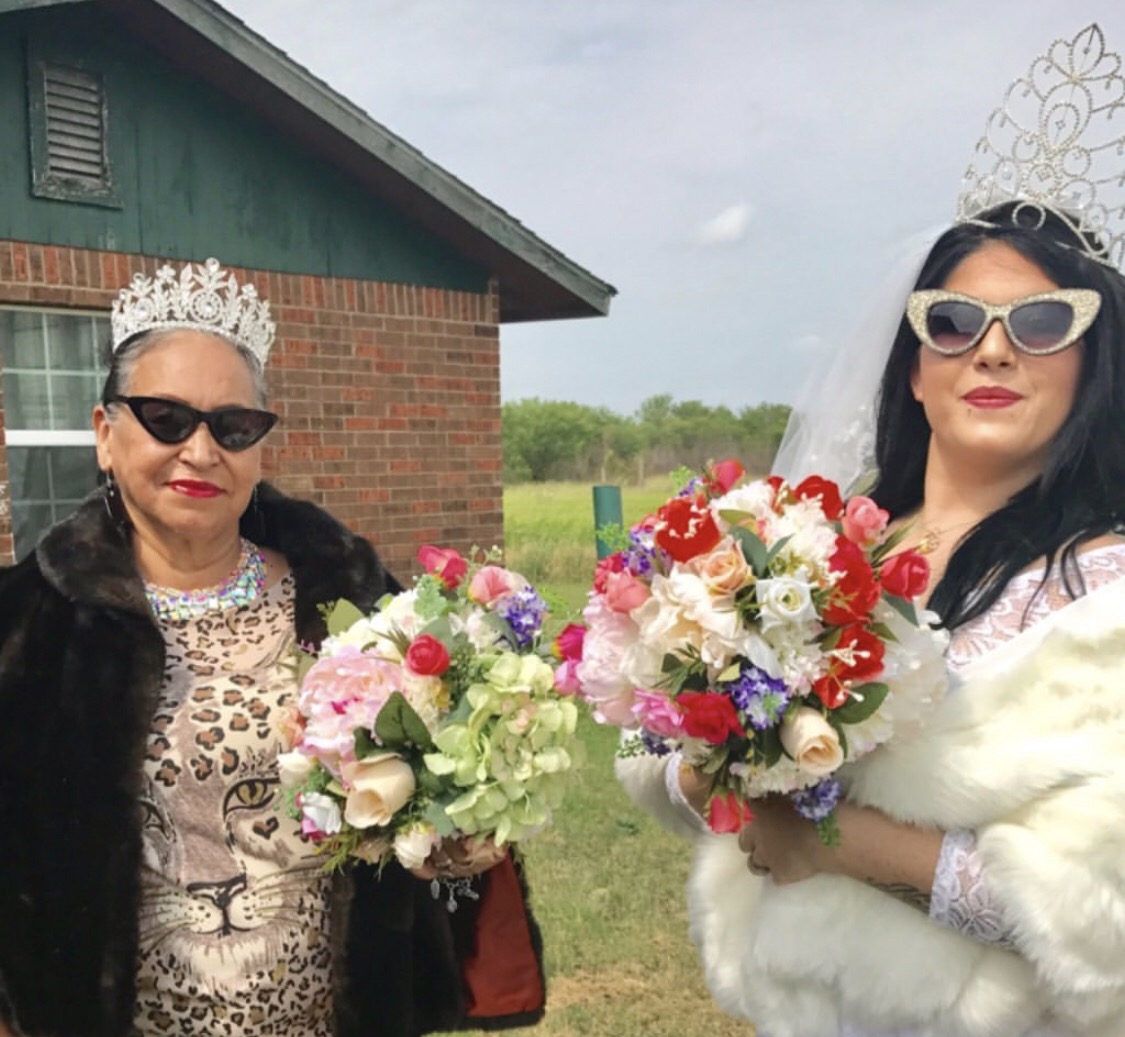 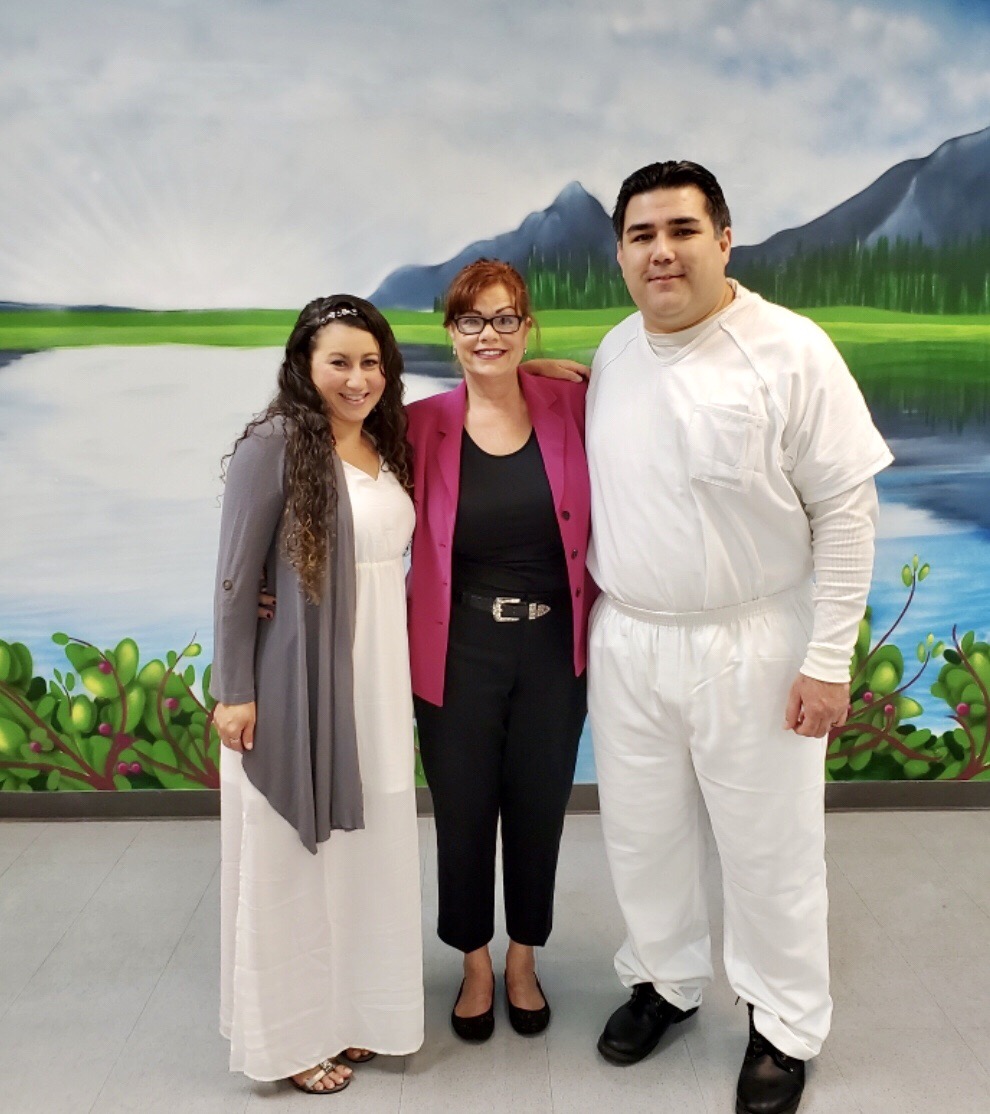 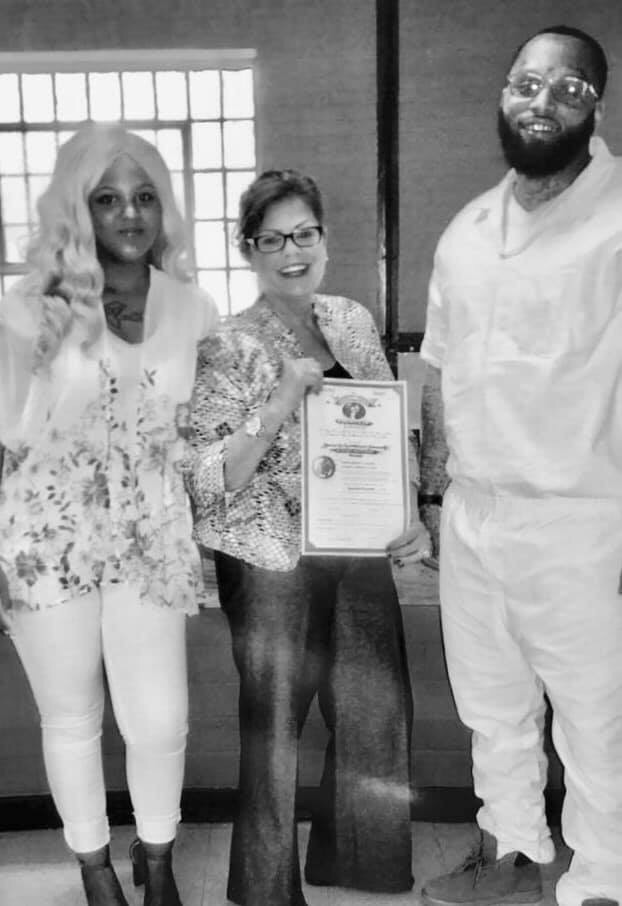 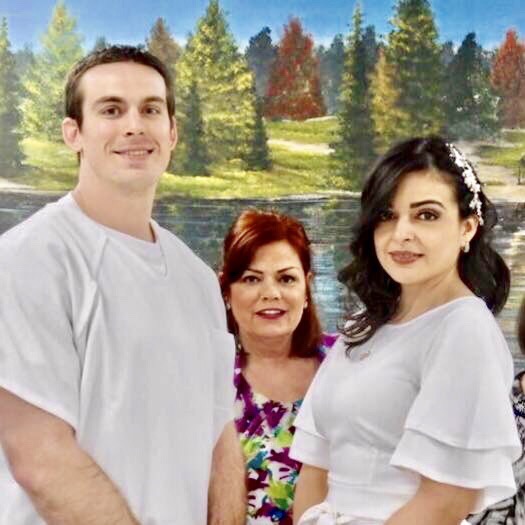 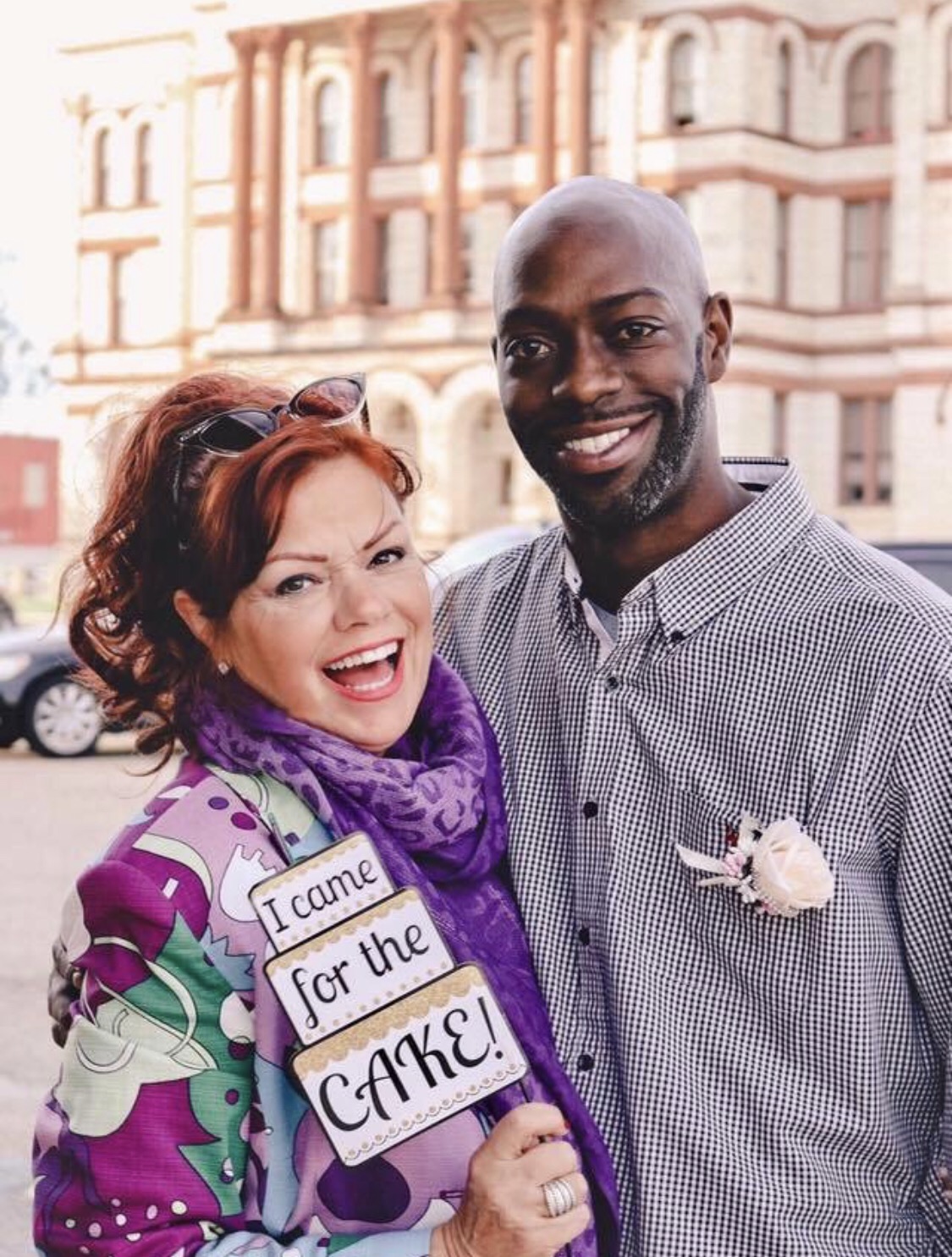 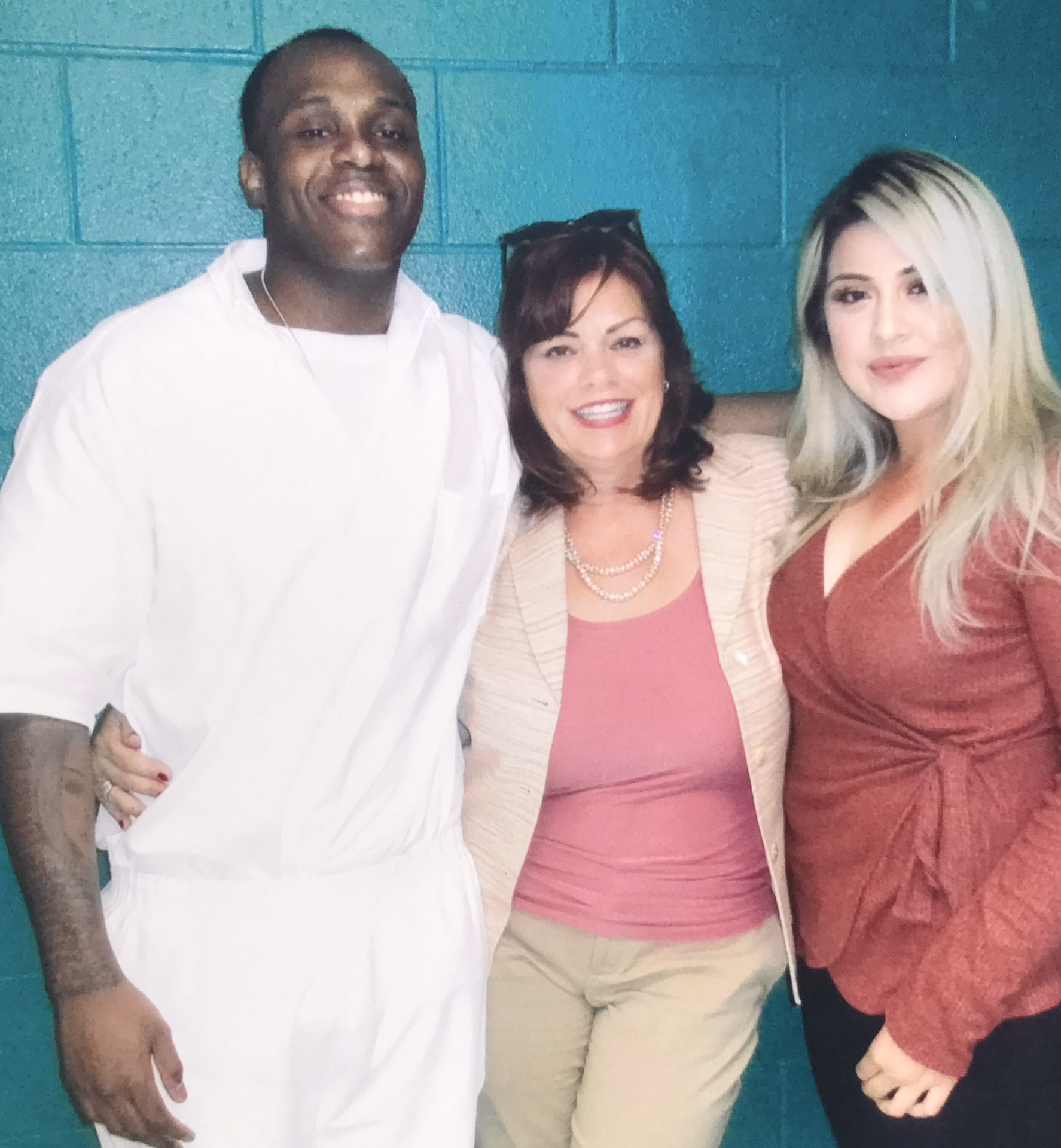 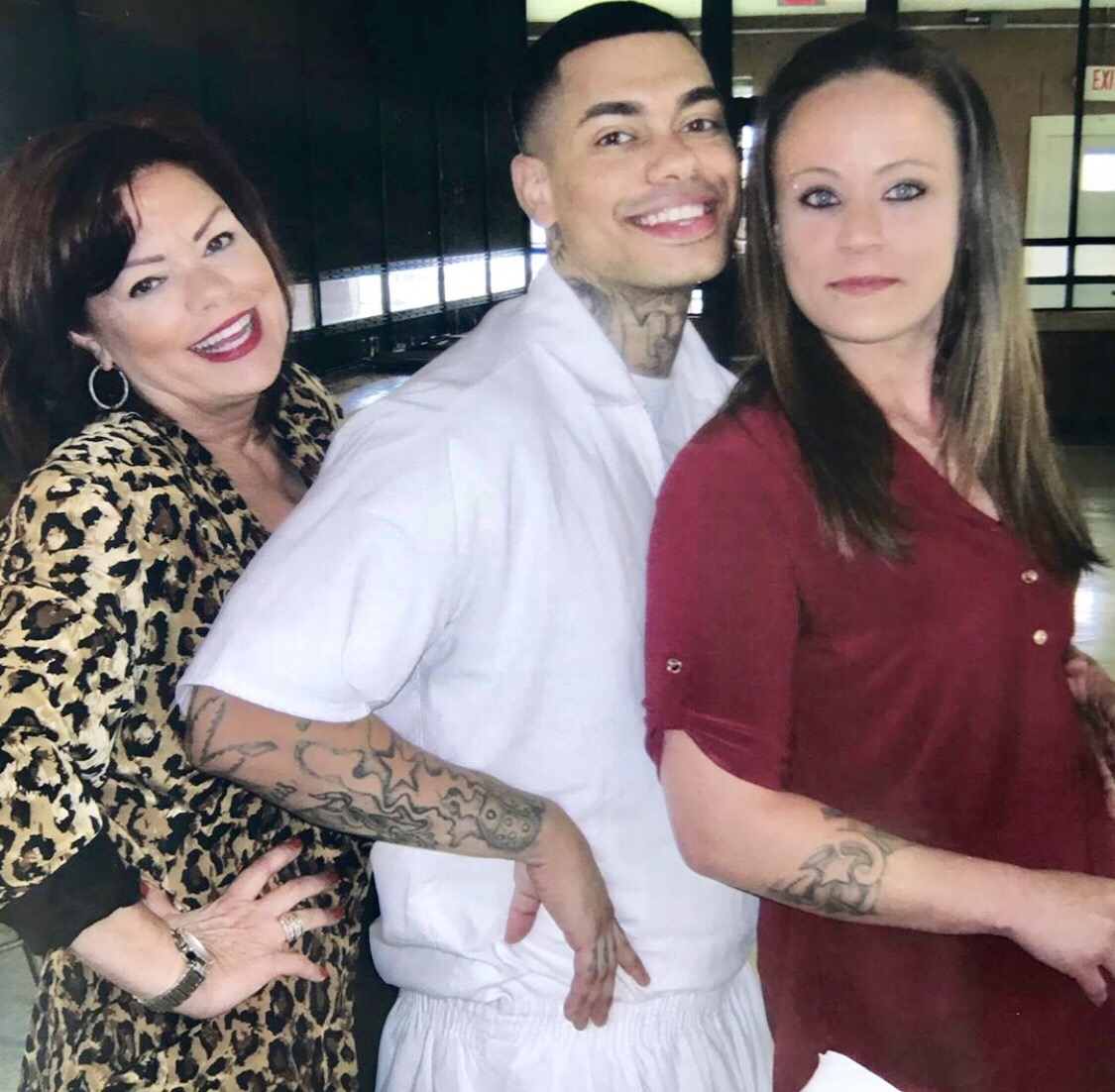 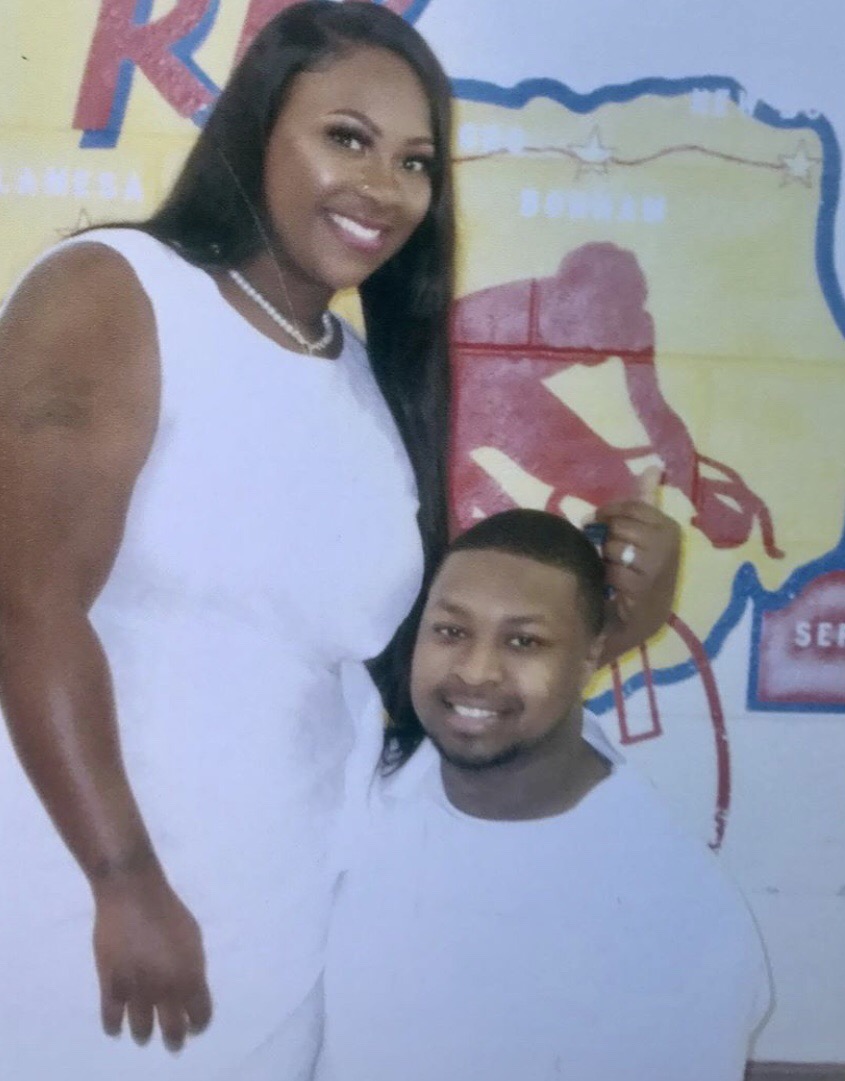 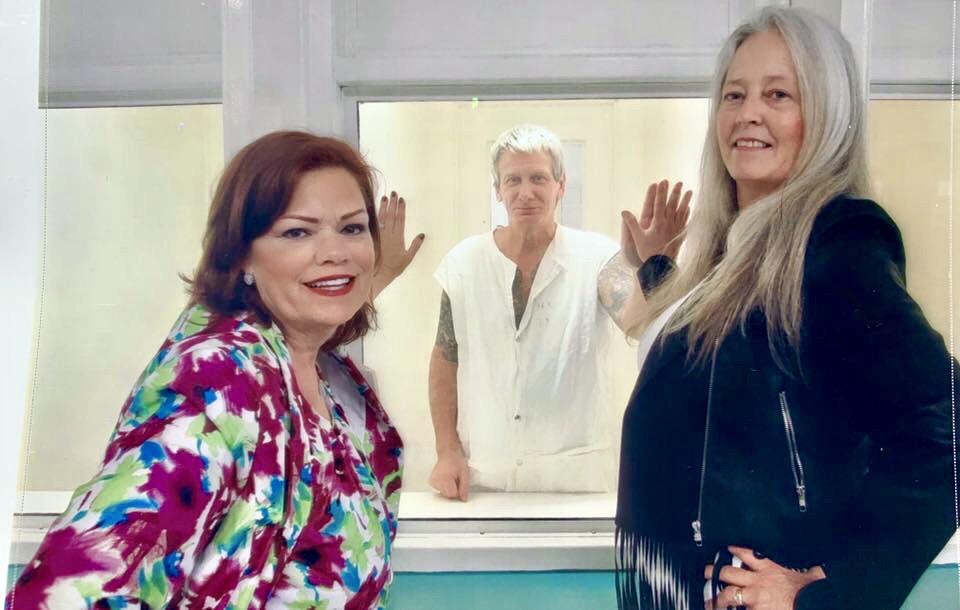 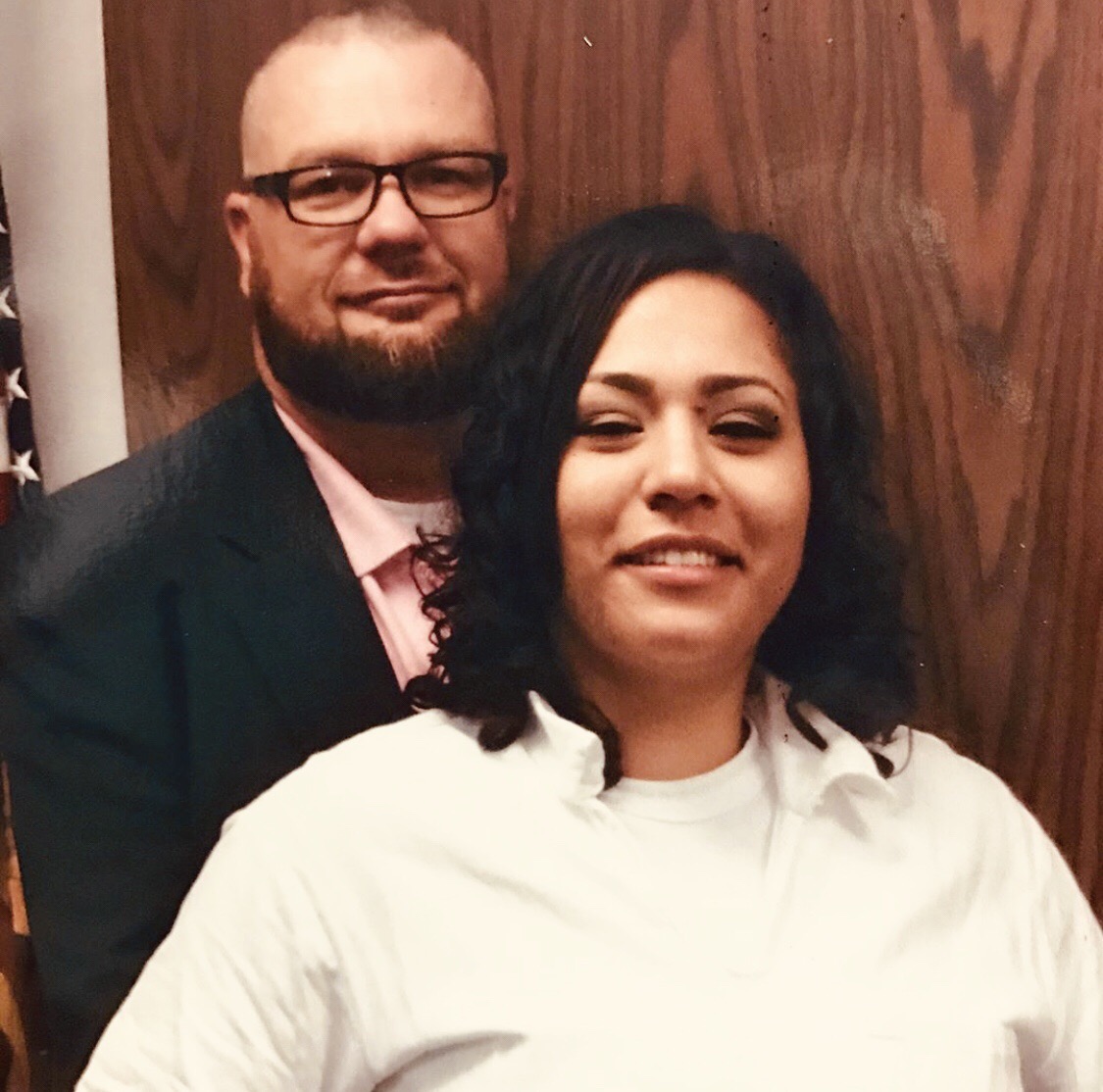 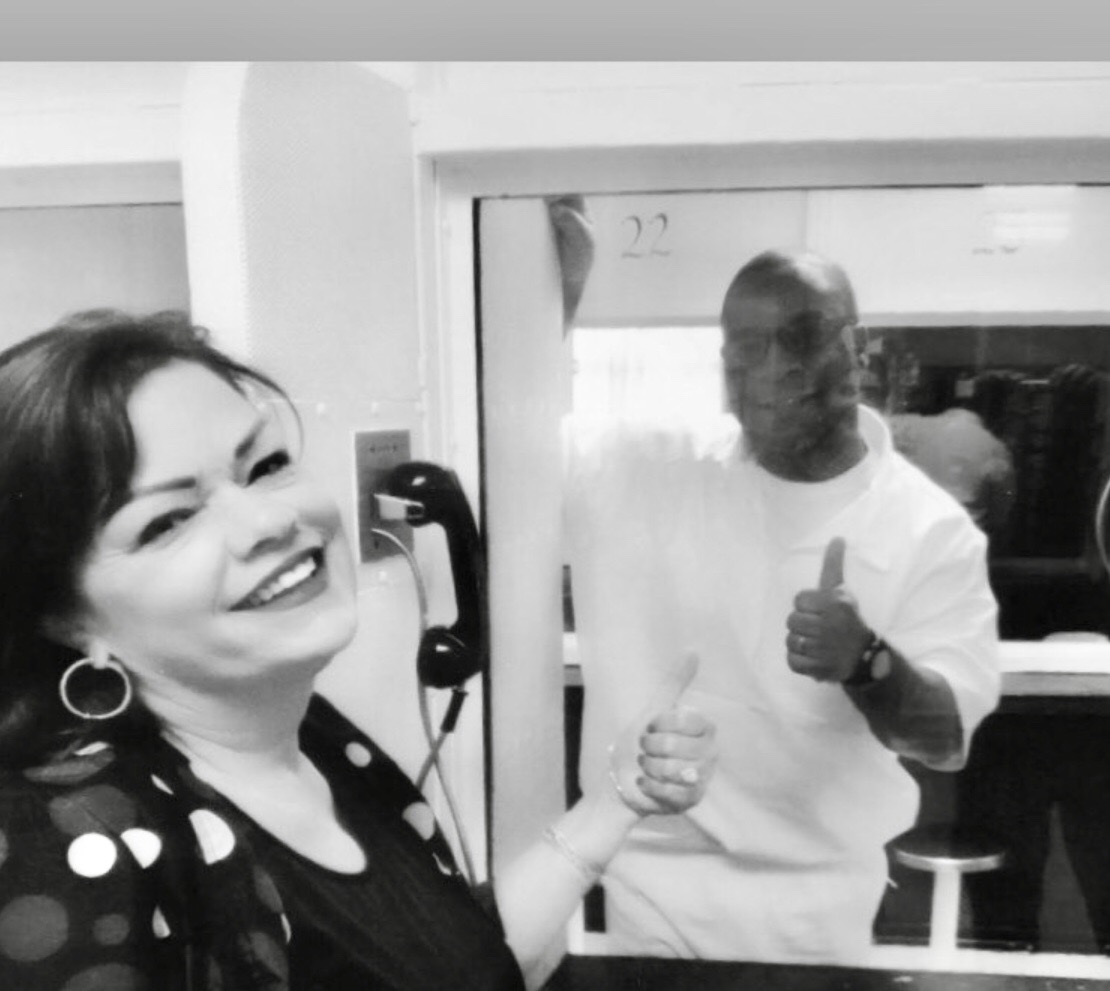 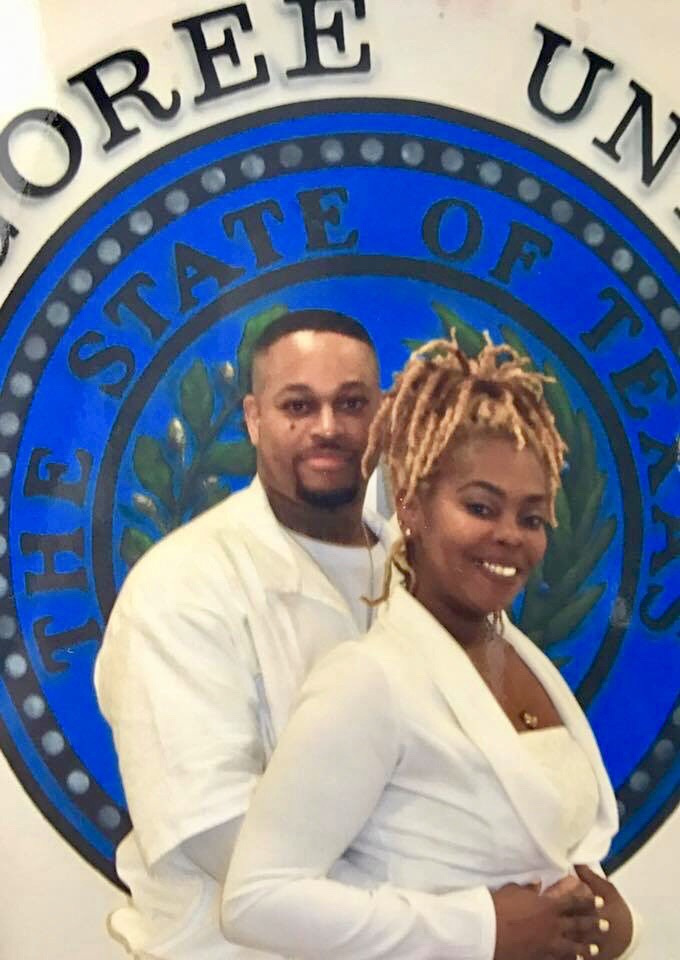 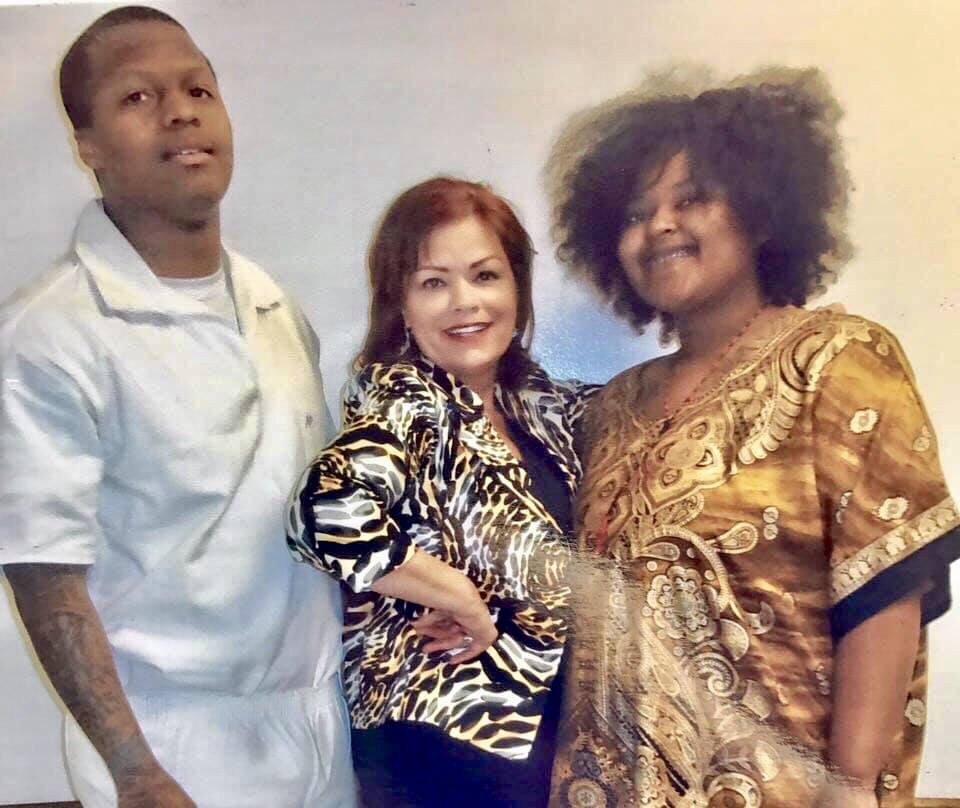 I do not ask anyone why their loved one is incarcerated. I do not share client information with anyone unless I’ve discussed a project with my client and they have shown interest.

Neither I or Cindy are under contract. Finding the right project, production company and network aren’t a priority to myself or my sister. Our focus is and always will be on our clients…