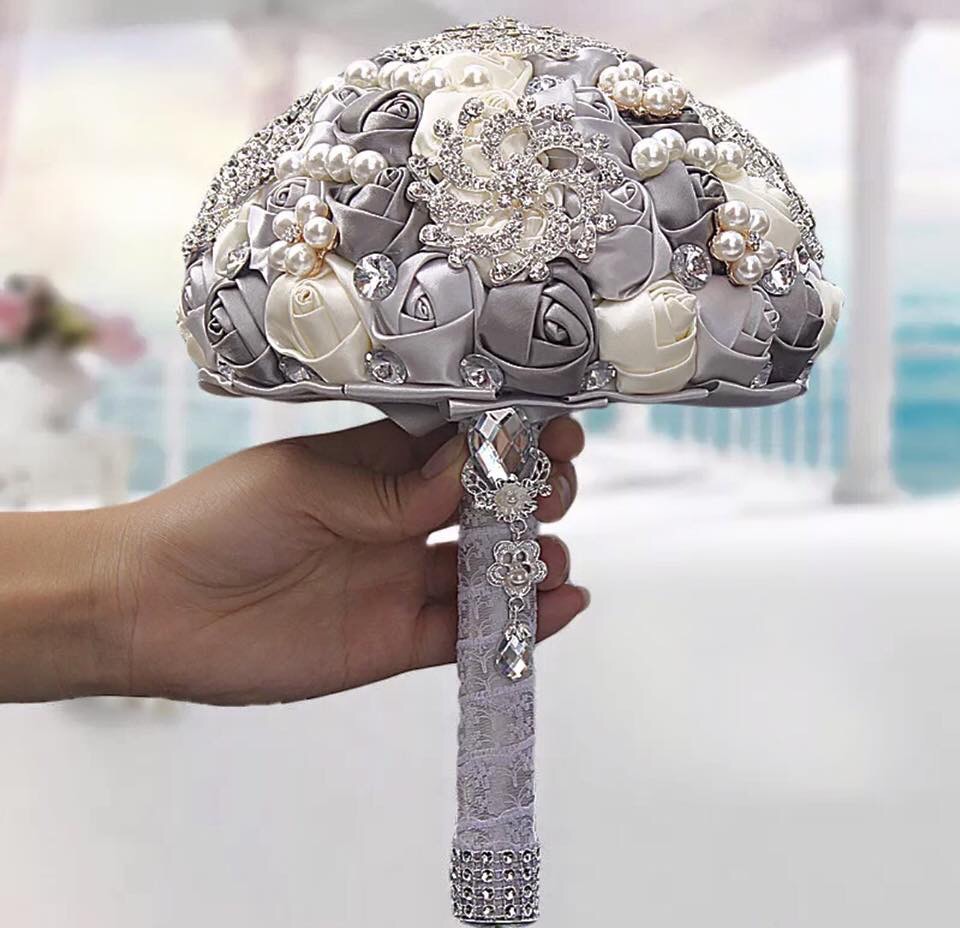 My Ellis Unit client had contacted me last week regarding the law library informing her fiancée that “we are no longer notarizing Absentee Affidavits.”

I quickly reviewed TDCJ Access to the Courts, Councils and Public Officials as I was all too well aware that an Unsworn Declaration would not substitute for an Absentee Affidavit. Thankfully, the problem of the Unsworn Declaration was effectively solved with a phone call to Ellis by me and my beautiful Ellis Unit bride now has both the Absentee Affidavit and ID ready to buy her marriage license.

This “shift” of not notarizing inmate documents is a problem for not only the inmate but also his fiancée. Why? Because the county clerk will not accept an Unsworn Declaration in exchange for an Absentee Affidavit.

Communication is “key” between TDCJ personnel and myself. Thankfully, I have built a stellar reputation of good relationships with TDCJ staff members when encountering a “hurdle.” Today’s blog will address the “unforeseen issues” of clients wishing to marry an inmate and the hurdle of purchasing a marriage license in Texas using an Unsworn Declaration.

(c) An unsworn declaration made under this section must be:

(2) subscribed by the person making the declaration as true under penalty of perjury.

(d) Except as provided by Subsections (e) and (f), an unsworn declaration made under this section must include a jurat in substantially the following form:

perjury that the foregoing is true and correct.

(e) An unsworn declaration made under this section by an inmate must include a jurat in substantially the following form:

declare under penalty of perjury that the foregoing is true and correct.

For the many people wishing to marry an inmate who assume the above Unsworn Declaration “is the same or similar or can substitute for an Absentee Declaration,” the Absentee Affidavit specifically states that the clerk “will not accept an Unsworn Declaration” ON THE TOP PARAGRAPH of the document.

Let’s use Tarrant County for an example and note that although inmate marriage has been legal since July 28, 2015, that Absentee Affidavits at county clerks offices in Texas have yet to update the AA to reflect the use of this form pertaining to inmates. “Unsworn Declarations are not accepted.” 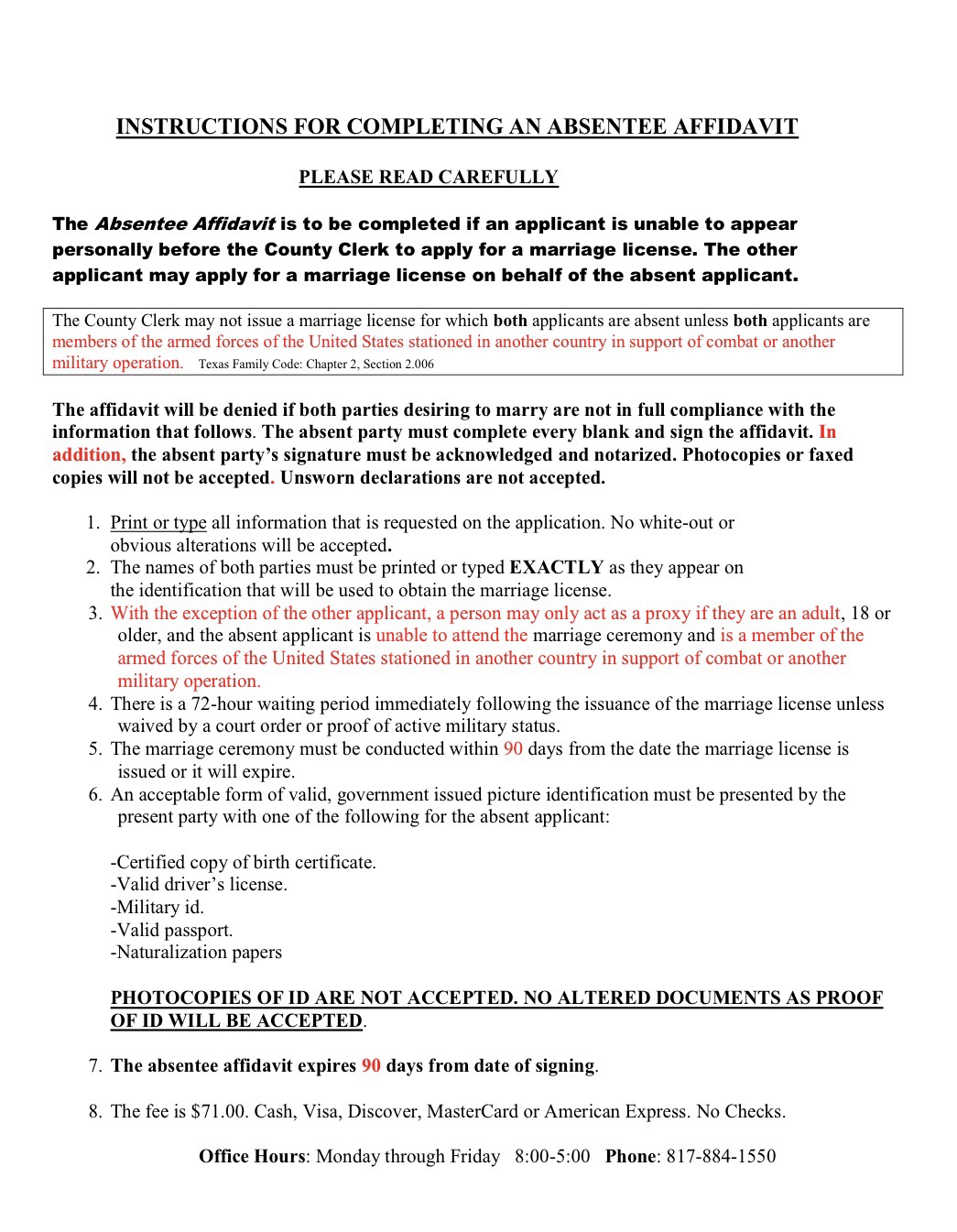 The reason I’m pointing the significant variations of an Absentee Affidavit versus an Unsworn Declaration are specifically to advise you that trying to substitute one for the other will not allow you to purchase a marriage license in Texas.

Yesterday, my client from Hobbs, New Mexico planning to marry at Bridgeport Unit sent me a message upon leaving Anderson County, Texas that read “they won’t issue the marriage license because he isn’t here.” Checking the distance from Hobbs to the nearest major city in Texas, I found Lubbock to be an hour and forty five minutes from my clients location and contacted the clerks office myself while in my SUV at Green Bay Unit.

Let’s “go over” what NOT to say if you encounter a clerk who is unfamiliar with inmate marriage. Do not say that the inmate is military. If the inmate isn’t military, the inmate still qualifies as being absent. However, many clerks (especially in smaller towns and sub courthouses) are completely unfamiliar with inmate marriage and the use of an Absentee Affidavit. This is why you need someone experienced and educated in your corner as your TDCJ Approved Officiant.

I called Lubbock and my client is purchasing her marriage license as I write this blog from Parker County. As a person planning to marry an inmate, you may face challenges from clerks who either “don’t approve of inmate marriage” or worse, “have no idea that the same form they are familiar with can be used to purchase a license for an inmate marriage.” Rather than becoming upset or argumentative, it’s best to contact me.

A few months ago, my Michael Unit bride encountered issues in Denton County. Why? Because her Absentee Affidavit “was from another county and we can’t use their form in our office.” My Michael Unit client had called me upset about Denton County and to solve the issue of a clerk unfamiliar with inmate marriage or the use of an Absentee Affidavit, I instructed my client “to go to Tarrant County.” Since I was meeting a client at the Tarrant County Jail, offered to meet her there to purchase her marriage license. I married her at Michael Unit several weeks ago.

Being in another state and marrying an inmate in Texas can be trying. My Florida client was married by me to an inmate at TDCJ Holliday Unit but, the process wasn’t easy. If you live in another state, I strongly suggest taking the Twogether In Texas Course online. Why? Because if you are flying to Texas, the three day waiting period can and will pose a problem to your travel arrangements if you are on a tight window. Not all of my clients can afford to take an entire week from work to marry in Texas.

I’m including the link to Twogether since I’m well aware many third party providers are selling it at an inflated cost– Twogether In Texas Online Course. This course waives the three day waiting period and discounts your marriage license fee by $60.

Why was House Bill 2865 passed? House Bill 2685 increased the marriage license fee to $60. However, the fee was be waived for couples who complete an eight-hour premarital class, and those couples can forgo the 72-hour waiting period to get married.

AUSTIN – The Texas Health and Human Services Commission (HHSC) is spreading the word about a new state law, which took effect Sept. 1, 2008 that encourages couples to take premarital courses in Texas. This course began due to an increase in the cost of marriage licenses due to House Bill 2685.

The state’s initiative, called “Twogether in Texas,” promotes marriage education classes that provide eight hours of training on communication skills, conflict resolution and other elements of a healthy marriage. Any couple who complete the class will receive a certificate that they can take to their county clerk when they apply for their marriage license. The certificate is good for one year and serves as proof that the couple is eligible for the discounted marriage license fee. The online class allows you to stop and start. The ONLY requirement is that you complete the course. You will then print your certificate. You will need to take the certificate with you along with the notarized Absentee Affidavit and TDCJ ID as well as your own ID to buy the marriage license.

For clients encountering a “CLM status to anyone other than them” trying to get Approved to marry an inmate, the consistent issues of “this piece of paper” continue to be a horrifying surprise. Let’s first go over why any inmate who was granted contact visits by notarizing an Informal Marriage Affidavit obviously knew that it “wasn’t just a piece of paper.” TDCJ recognizes an Informal Marriage Affidavit as binding. If you are attempting to marry an inmate who is listed as being “informally married to someone other than you,” I strongly encourage you to have a serious discussion with the inmate regarding his or hers honesty relating to the issue preventing you from marrying them for a number of reasons but mainly because dishonesty isn’t the way to begin your marriage and secondly, because you have a very time consuming legal battle ahead of you. It’s also something you were wholly and completely unaware of.

The wide misuse of an Informal Marriage Affidavit in Prisons is astounding to me. For anyone signing this document unaware that doing so in the presence of a notary is a deliberate misuse since you obviously aren’t living with an inmate inside a prison, beware of the ramifications of signing such an instrument. Inside TDCJ, you CANNOT marry anyone other than the person on the Affidavit without providing TDCJ with a divorce decree.

I am attaching a photo of the Declaration And Registration Of Informal Marriage for your review as well as the warning regarding falsifying documents.

WARNING: IT IS A FELONY TO FALSIFY INFORMATION ON THIS DOCUMENT. 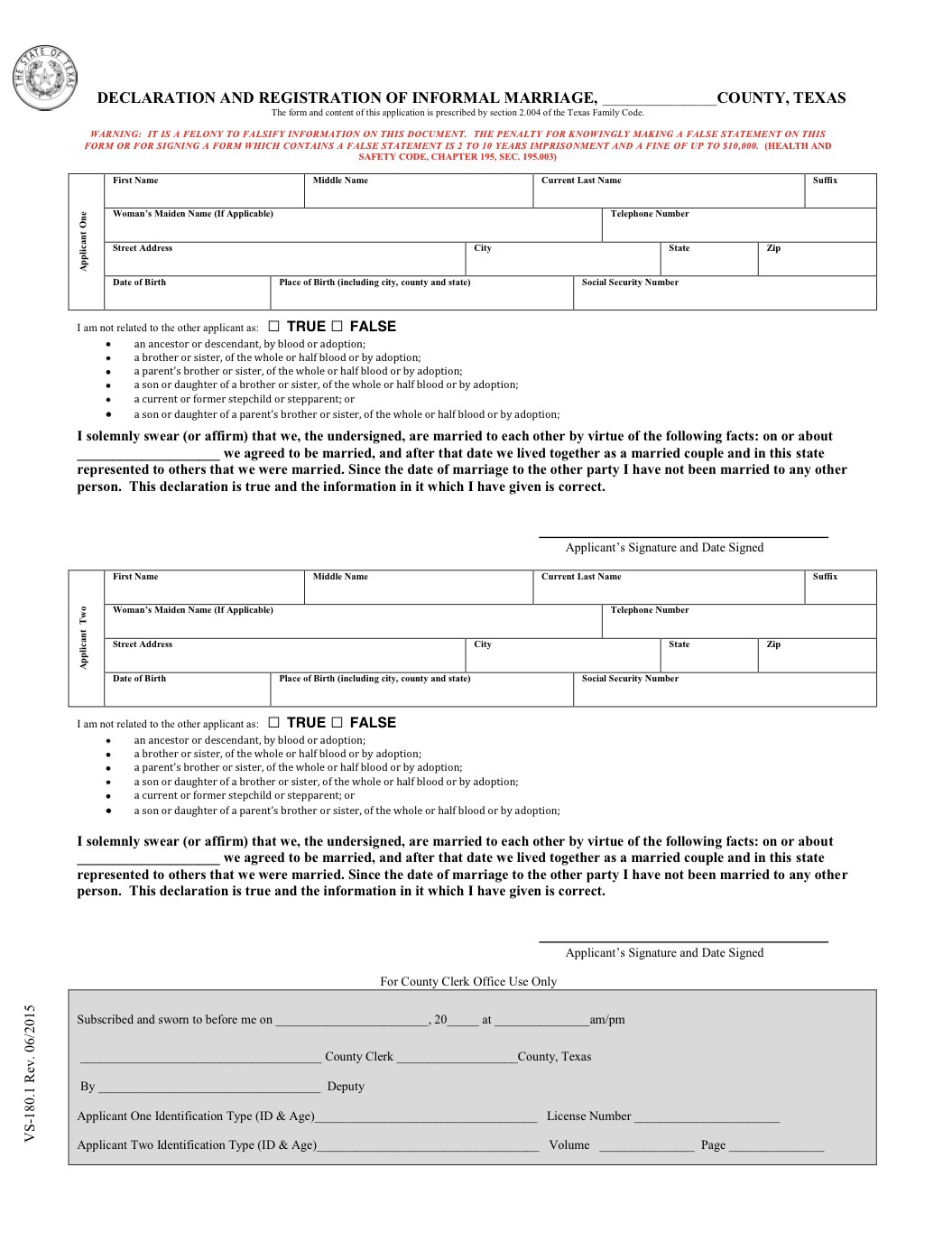 If you are attempting to marry an inmate who has this document on file with TDCJ or any other prison, it’s a problem. It’s not a problem that can’t be overcome but, it’s still a problem. If you are a client, contact me to go over what will be required to move forward with your Prison Wedding Planning Process. If you aren’t my client, good luck.

Outside of prison, an Informal Marriage Declaration once filed, legally binds both parties. A divorce is required to dissolve the union.

If you are from another country planning to marry an inmate in Texas, neither I nor anyone on my staff will conduct your wedding ceremony. Immigration Fraud is a crime. We will not make exceptions to anyone for any reason.

The end answer regarding Unsworn Declarations is that while they may be effective outside obtaining a marriage license, they are still ineffective in obtaining one. Only the use of a notarized ID and Absentee Affidavit will substitute for the inmates presence at the clerks office.