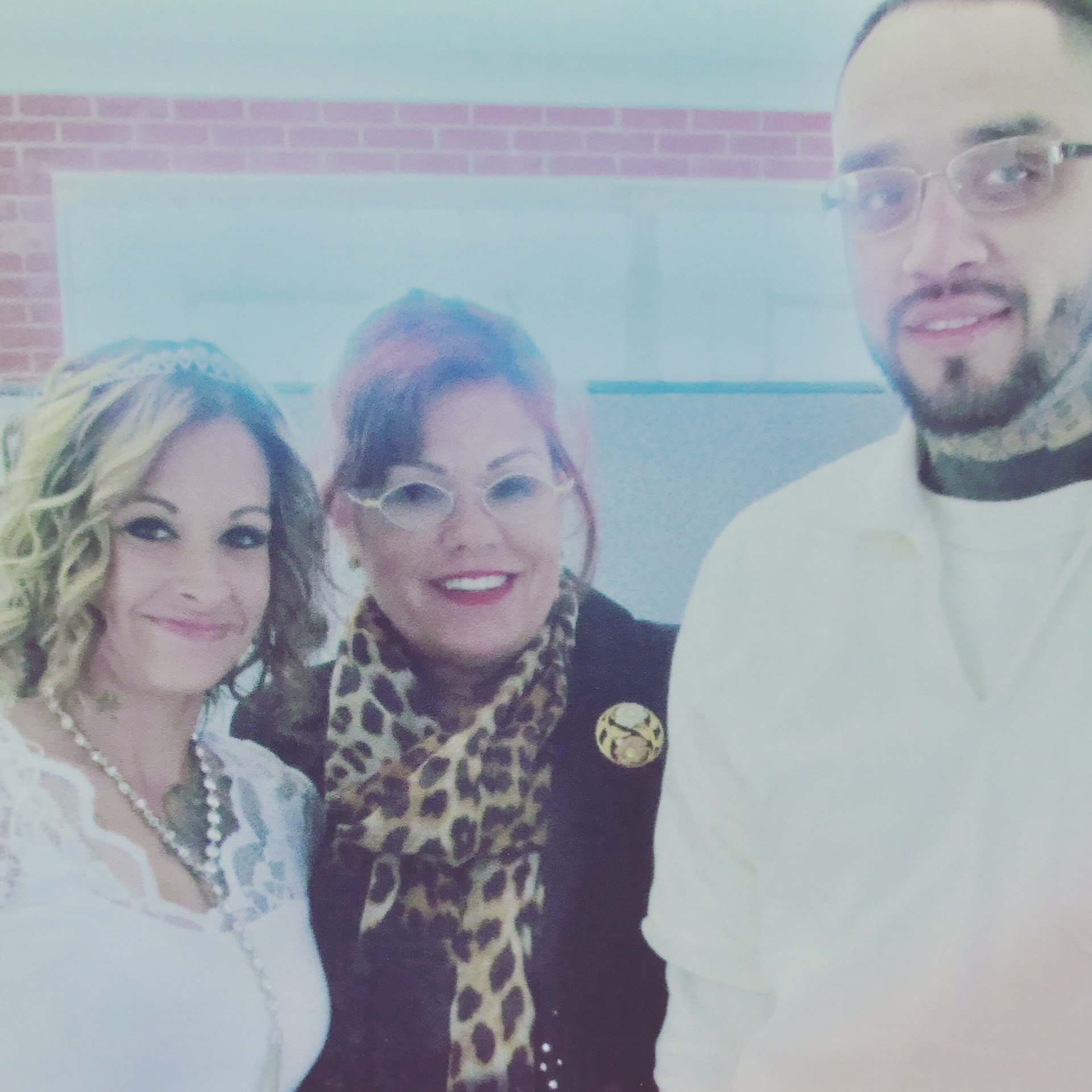 Just last week I was driving through Houston headed to TDCJ Scott Unit meeting my beautiful bride. The number of miles I burn through on a weekly basis often shocks people. My son had hitched a ride with me to Houston last week. My husband feels better knowing I’m not out on the road alone to Units 5 plus hours one way. Since I’m asked about our other states, I fly beyond Oklahoma and Arkansas. It’s just too much to drive to other states although I have driven to Ohio. For years I drove back and forth to California but driving puts a lot of stress on my timelines. I prefer to fly to other states and have for the past few years.

Driving to Huntsville one day to turn around and drive past it the next makes for an exhausting 48 hours.

This week my copilot was my sassy twin sister. Cindy is never without something to say about everything. In fact, yesterday as a belated birthday gift, I had assumed that a relaxing spa day and Swedish massage would be the perfect birthday gift yesterday but Cindy hated the entire experience.

Cindy “they made me take off my clothes? What’s relaxing about that? I can go to the mall any day of the week and for $5 with my clothes on get a relaxing massage and people watch. Save your money sister and remember that most stuff you don’t like I do and vice versa. Get a massage for yourself because that was far from relaxing for me Pal.” Humph.

Tuesday morning, I pulled out of Fort Worth towards Huntsville. For two months now, the inmate who had two brides wanting to marry him. One in North Dakota and a devoted pen pal who had been sending money. The other lives in San Antonio and was  a regular visitor to Ellis Unit and this particular inmate. North Dakota had never met the inmate in person.

Warily, I knew that the inmate was (most likely) nervous about finally meeting me in person because in this situation, I knew far more about this tangled web than is traditionally the situation. Brandi (North Dakota) and Valerie (San Antonio) were two people who would (most likely) have never encountered or even heard of each other had they both not been involved with Raul at Ellis Unit. My heart was heavy. I hoped Raul was prepared for the commitment marriage requires.

Driving to Huntsville solo, Elvis played on my car stereo. Love songs and faith played through my mind. Elvis can sing the praises of God like no one before him and no one after him.

Would Raul break Valerie’s heart and abuse her trust the same way he had Brandi? Was there a future for Raul and Valerie after lock up? Would he be a loyal and faithful husband? All things far beyond my control. I can discuss the setbacks and problems marrying an inmate entails with my clients but I can’t always “talk anyone out of marrying an inmate.”

Walking up to the tower from the parking area, I saw Valerie. The sun hitting her hair was like a halo. She was so tiny, petite, beautiful and beaming. She immediately hugged me. We’ve been through months of phone calls and texts. This was our first time to meet in person.

I didn’t talk Valerie out of marrying although I spent several weeks going over the importance of love being based on trust. Valerie loves Raul. Brandi is heartbroken. 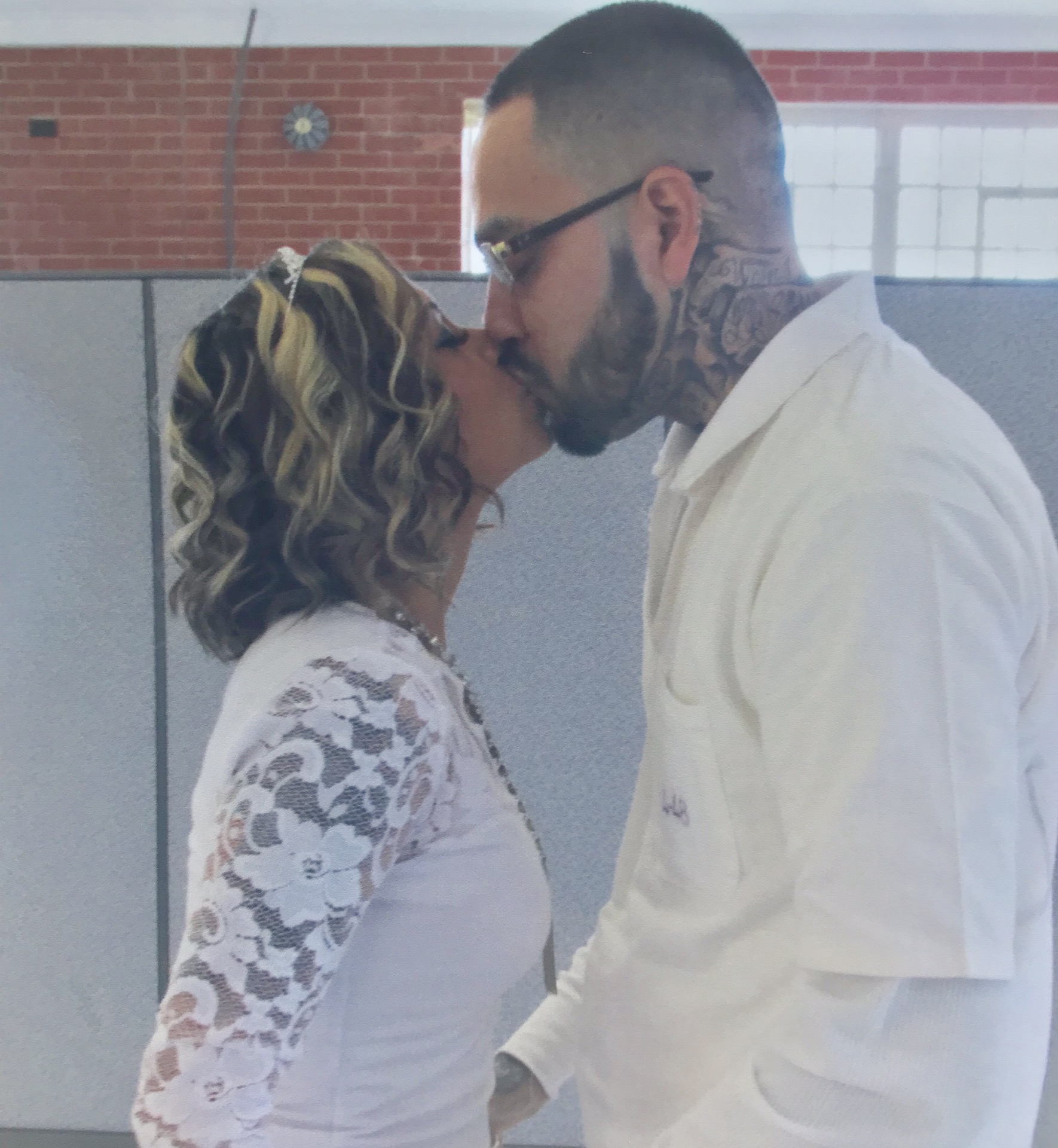 The moments spent in the visitation area for weddings are somewhat brief. Fifteen to twenty minutes then signing the license before posing for photos and being escorted out.

Valerie and I had time to discuss her life and her dedication to Raul as we waited for Unit photos to print. She is driven and dedicated. Her mother lives with her. She’s a mother herself working two jobs and doing it all alone. Her brother is also incarcerated and Valerie drives to visit him as well.

At a young age, Valerie has many responsibilities. I discussed the need for her to set limits with her mother and Raul. She is pulled in far too many directions.

Leaving the Unit, I found area for photos with Valerie and her friend. It was a chilly morning in Huntsville and my furs came in handy for Valerie and her friend. All too soon, Valerie was headed back to San Antonio. A long drive for a young bride who would be driving back to Ellis this weekend to visit her new husband. 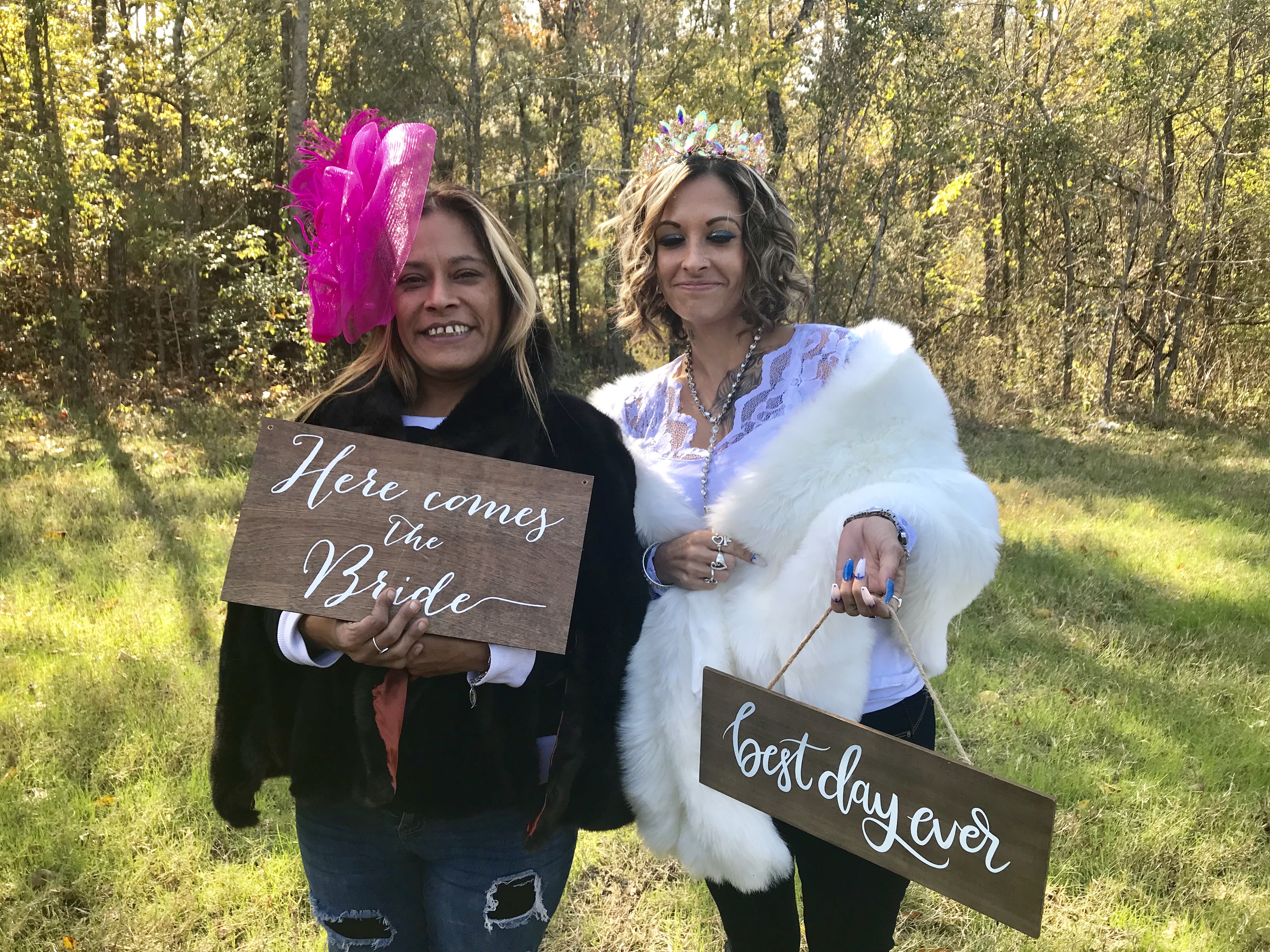 “Families are similar to a pot luck dinner, you don’t have to like everything they bring to the table to appreciate the meal.”